Taking Risks Despite the Gloomy Forecast 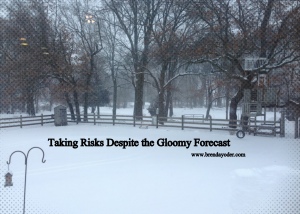 Snow was no longer coming down, but school had just been canceled.  The winds were blowing snow across the road in front of our house.   I checked the weather between Indiana and Virginia.  “Winter advisory for Shenandoah Valley” the Weather Channel said.

I had planned to make a trip from Northern Indiana to visit my daughter in college in western Virginia during the only weekend available between now and May.  She was homesick after spending most of the holidays in Guatemala before returning to school in January.  Her time at home the past year has been slim, only a few weeks here and there between school and a summer spent in Guatemala.

She needed Mom, and Mom needed her. 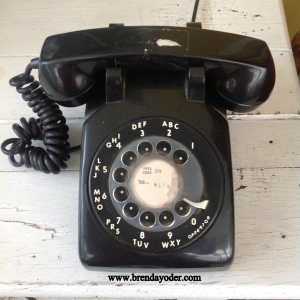 Phone on our porch

After hearing her tears on the phone an hour earlier when I told her I didn’t think I could make the trip, I assessed the storm traveling east through the country.  Forecasts between Here and There showed things would “clear up” by noon.  I would be on the road well into the evening either way.

As I saw the blue skies outside my window, I told my husband, “I’m going to try.  If it gets bad in the first few hours, I’ll turn back.”

As I drove cautiously through the first hours of snow and slush, the roads got increasingly drier and I continued on.  The five hours of mountain driving through the Shenandoah Valley were clear and dry.  The sun slipped behind the mountains and by dark I was on her doorstep.

We spent much needed time together over the next twenty-four hours.  “Thank you, mom, for coming,” she said often.  I reflected on what we would have missed if I wouldn’t have taken a risk.

A risk into the unknown ahead of me. 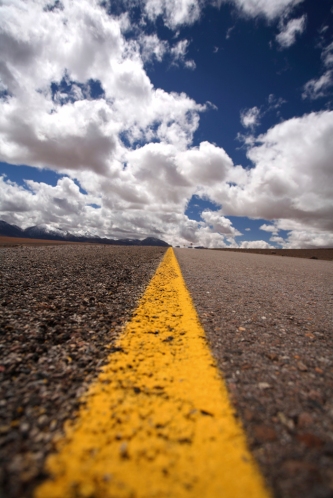 A risk that had potential danger.

A risk that had two unknown outcomes.

I could try and hope for success

or fail to try and be in comfort, not knowing what the outcome would have been.

Every mile of road I wondered how much life is like the choices I was faced with.

How many times do we look at projected outcomes and decide not to try.

How many times do the conditions ahead scare us from doing risky, meaningful things.

I wouldn’t have risked the weather for just anyone.

But for my baby girl, I would risk everything to be near her, to hear her breathe as she sleeps, to see her beautiful smile, to hold her just once more.

For important things, risks are live-changing.

I’ve learned not to take relationships for granted.

As I write this, families in my circles are grieving losses and wondering if theirs will be next.

I’ve learned certain things in life are worth taking the most daunting challenges.

I’ve learned my Savior is on the other side of the mountain knowing the forecast between me and Him.

I’ve learned when I step out in faith into the blowing, blustery present, sunshine and clear skies might be right around the corner.

Where in your life are the conditions around you discouraging you from stepping out, taking an important risk, from saying,

“I don’t know the outcome, but the least I can do is try?”

Sometimes the mountains are literal.

Sometimes they are figurative.

I am so thankful I took a risk last weekend, saying “I’m going to try”

though my husband shook his head.

Who’s shaking their head at you? 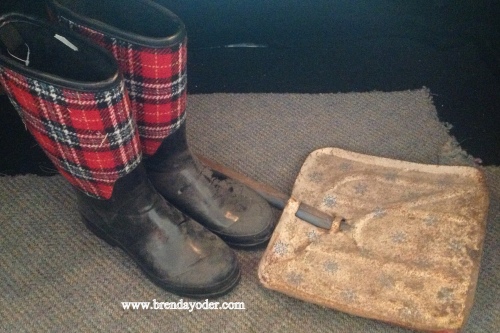 My girly boots and shovel

Putting boots, a shovel, and blanket into the car, I prepared myself for challenges I might face as I set out.

What do you need to do to prepare for the risks ahead of you?

My heart led my head that morning.

I am so thankful it did.

Sometimes, life just has to be that way.

Where have you risked with your heart and have been blessed by it?  What have you learned from risks you have made?  We would love to hear them.

“I will go before you and will level the mountains” Isaiah 45:2