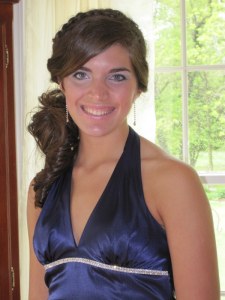 
I have to say I really don’t like Prom….it’s over-rated, very expensive, and always full of drama. There always seems to be a revolving door of drama surrounding the Big Event.  After the Big Event, kids either forget the drama, or  more drama ensues (usually around an unexpected hook up or break up).  Either way, Prom usually becomes a memory, one having  something to do with being “ok” or “not okay.”
For women, the Big Event can full of pressure  – to be a knockout, to have a dress different than any other girl, to have a date with an Acceptable Boy, pressure to have the question answered, “Am I acceptable, worthy to be loved?”
This year I had the privilege to watch my daughter and her friends go to senior prom.    Both Kaylee and one of her BFF’s went solo, a commendable feat in the midst of all the pressure and drama surrounding the event.  While both of them could have gone with Any Boy, they chose to have fun with their friends, while still doing the whole girl thing…hair, make up, nails….and sparkly dresses.
While these young ladies went with confidence and a sense of security, there was still the unspoken need for validation and affirmation they somehow would have instantly received had they gone with a Boy, even Any Boy. 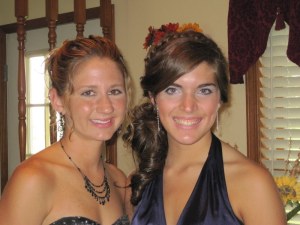 Yet they went above the unwritten rules for Young Womanhood. Reality often trumps  confidence and self-esteem parents pour into young girls, because Unwritten Rules tend to be more powerful than words parents can offer.  “You look beautiful” from mom rates up there with “Eat Your Vegetables.”  From early on, a girl wants to be a princess, catching the eye of that Special Guy.
Funny thing is, while sitting in Gender and Sexuality class today, the same unwritten rules were stated among women of all ages.  Grown women admitted insecurities about the Unwritten Rules they have absorbed since childhood.
Then, we ended our class discussion with a concept called the “free woman.”


Free woman?  Where in the world is that concept taught?  How does a woman know what being free is?


That’s another blog in the making.  In the meantime, I’m wondering what thoughts readers may about Girlhood, Unwritten Rules, Prom, confidence, insecurities, being a free woman….or anything else prompted by this post.


For me, I’ve learned one truth just from watching Kaylee and Amanda.


A free woman is a beautiful woman.  For one night, I saw exquisite beauty in two women who, in some sense, were free.  Free to be beautiful women, inside and out.  While they don’t think it was a extraordinary task, women all around them took notice.  Even the forty-something women, who need a model of being Free.


And it’s an impression that will stick, long after Prom Night.

The beauty of being free.